South Pointe Park and South Point Pier are located at the southernmost point of Miami Beach. The park is adjacent to Government Cut and South Point Beach. Its proximity to the water allows visitors extensive panoramic views of Biscayne Bay, South Pointe Beach, the Miami skyline, and a great vantage point to view the cruise ships as they come and go from the Cruise Port along Government Cut.

The promenade offers a view of Fisher Island on the opposite shore of Government Cut. The park consists of 19 acres and has a variety of areas for visitors to explore including direct access to both the bayfront and beachfront.

The long promenade along Government Cut ends at the entrance to the pier. From the pier, visitors can look out into Biscayne Bay, watch boat traffic heading to and from the port, or look out across South Pointe Beach to the north.

The design for the park includes an elevated berm with a winding walkway. The area closest to the beachfront has been set aside as a rebuilt coastal beach dune environment. Covered by beach grass, it provides an expansion to the sea turtle habitat but is lit at night so as to not disturb the turtles which can be disturbed by bright lights at night.

The park's winding path works its way around a children's playground, a spray water feature, a small amphitheater, several large palm lawns, and a restaurant. The park is used by joggers, children playing on the lawns and water feature, groups gathered for yoga, kite flying, biking, or just soaking in the view. The park often hosts events and festivals as well.

Aside from the cafe at the pavilion, there is the very popular Smith and Wollensky steakhouse in the park. 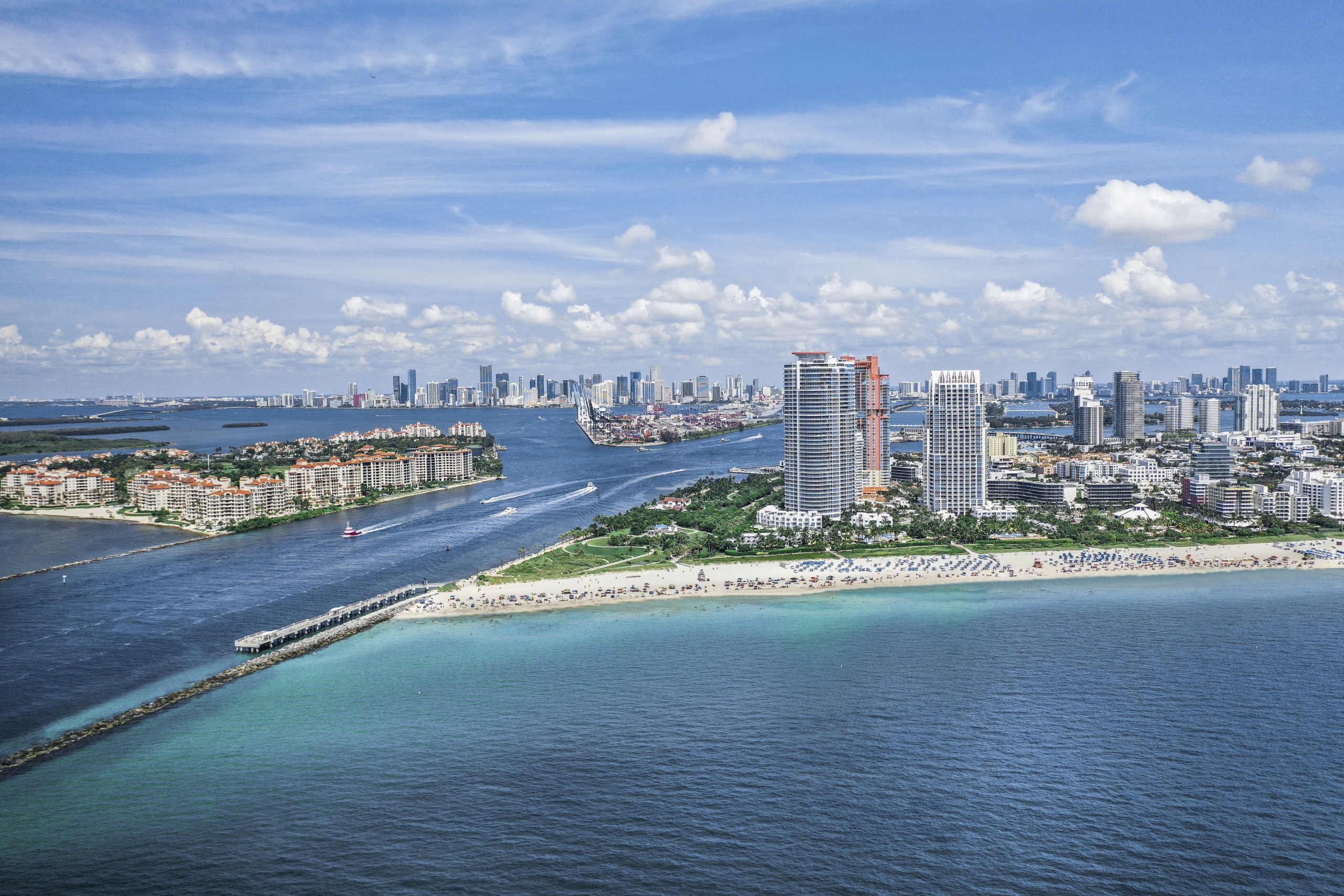 This photo of South Pointe Beach, South Pointe Park, and South Pointe Pier shows the channel (Government Cut) that heads towards the Port of Miami. The Miami city skyline can be seen in the background. 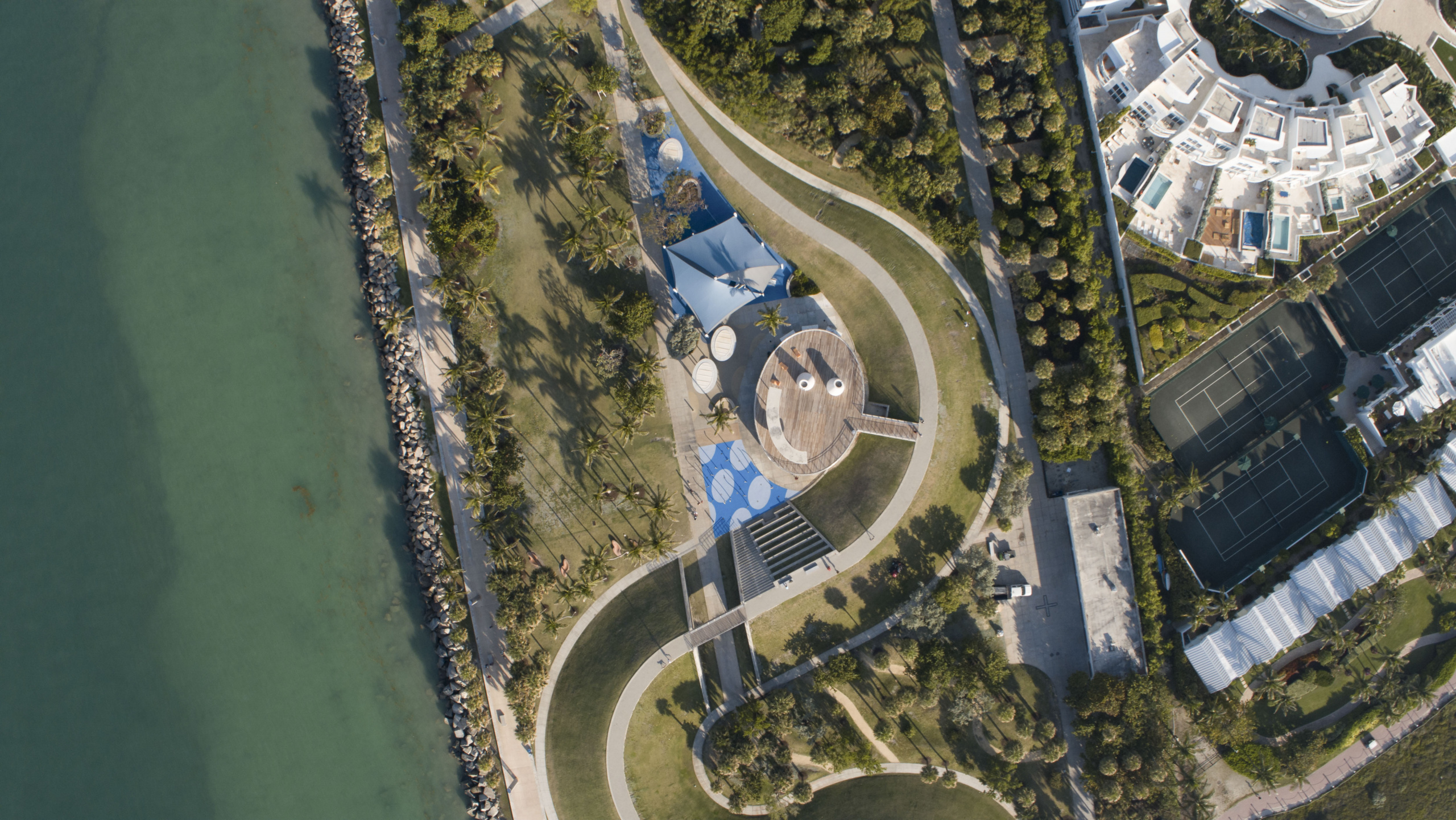 The elevated berm has a wide path on top and at ground level. The pavilion rooftop area provides a great view.

South Pointe Park Promenade Along the Port of Miami 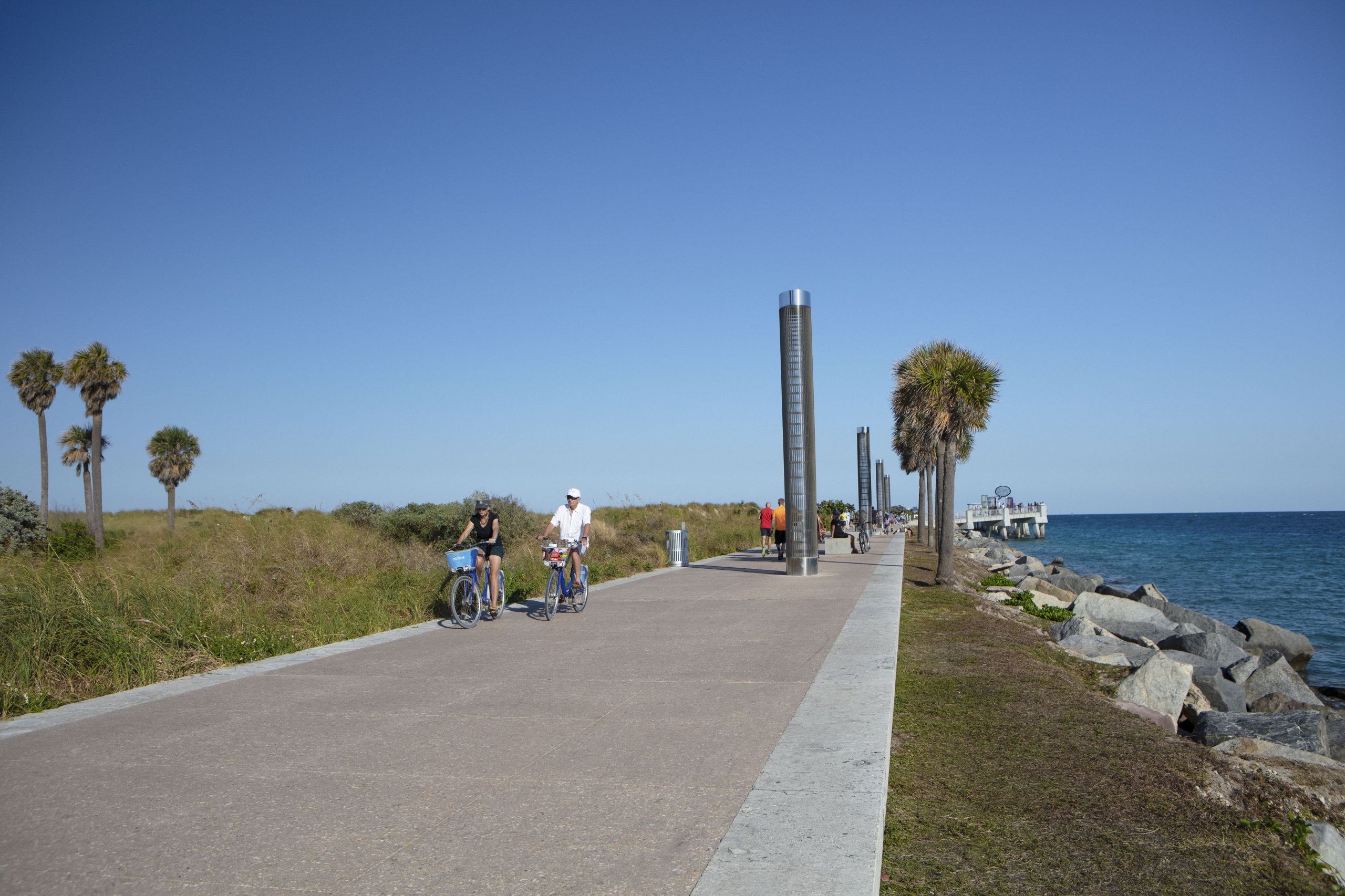 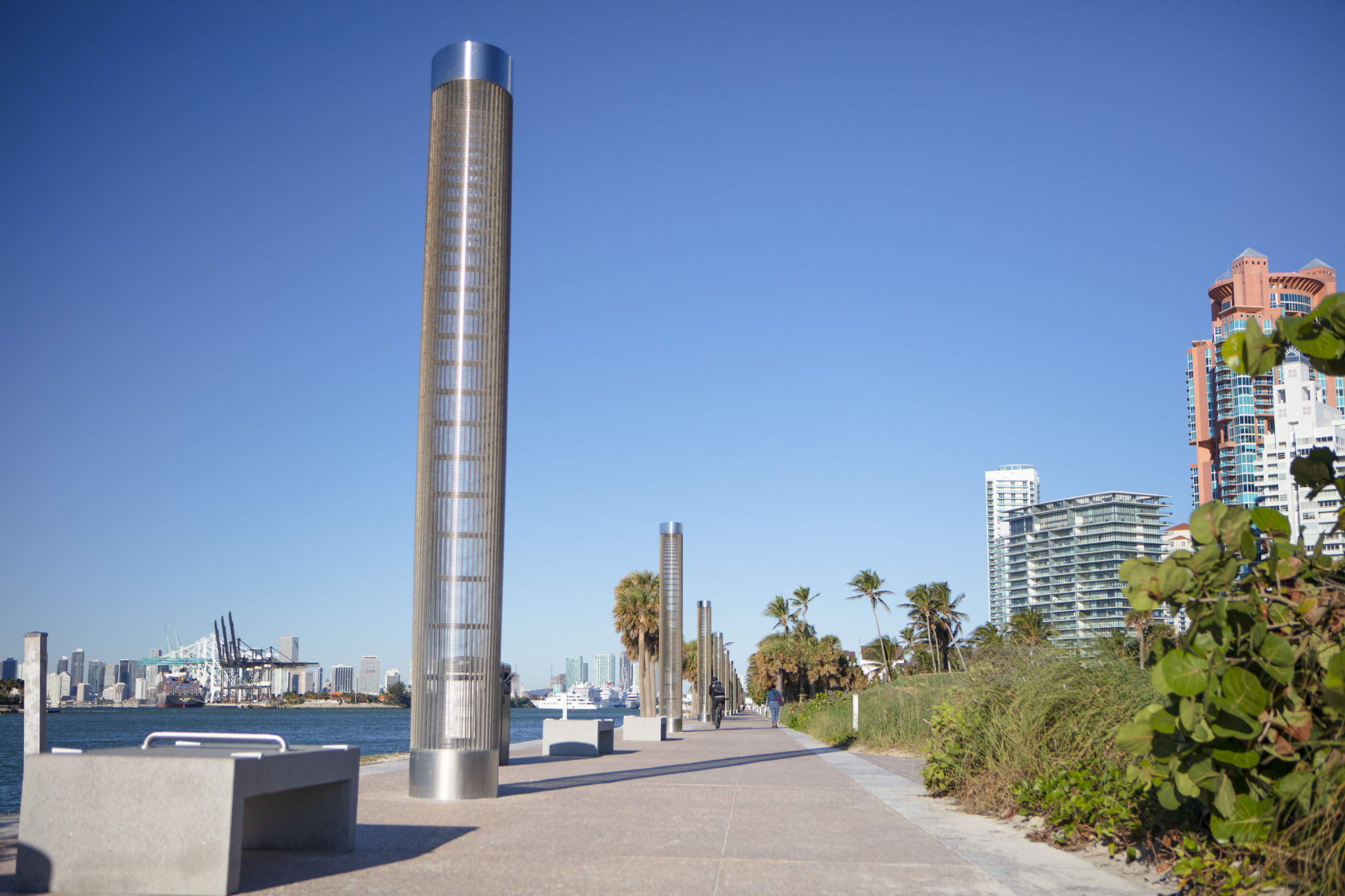 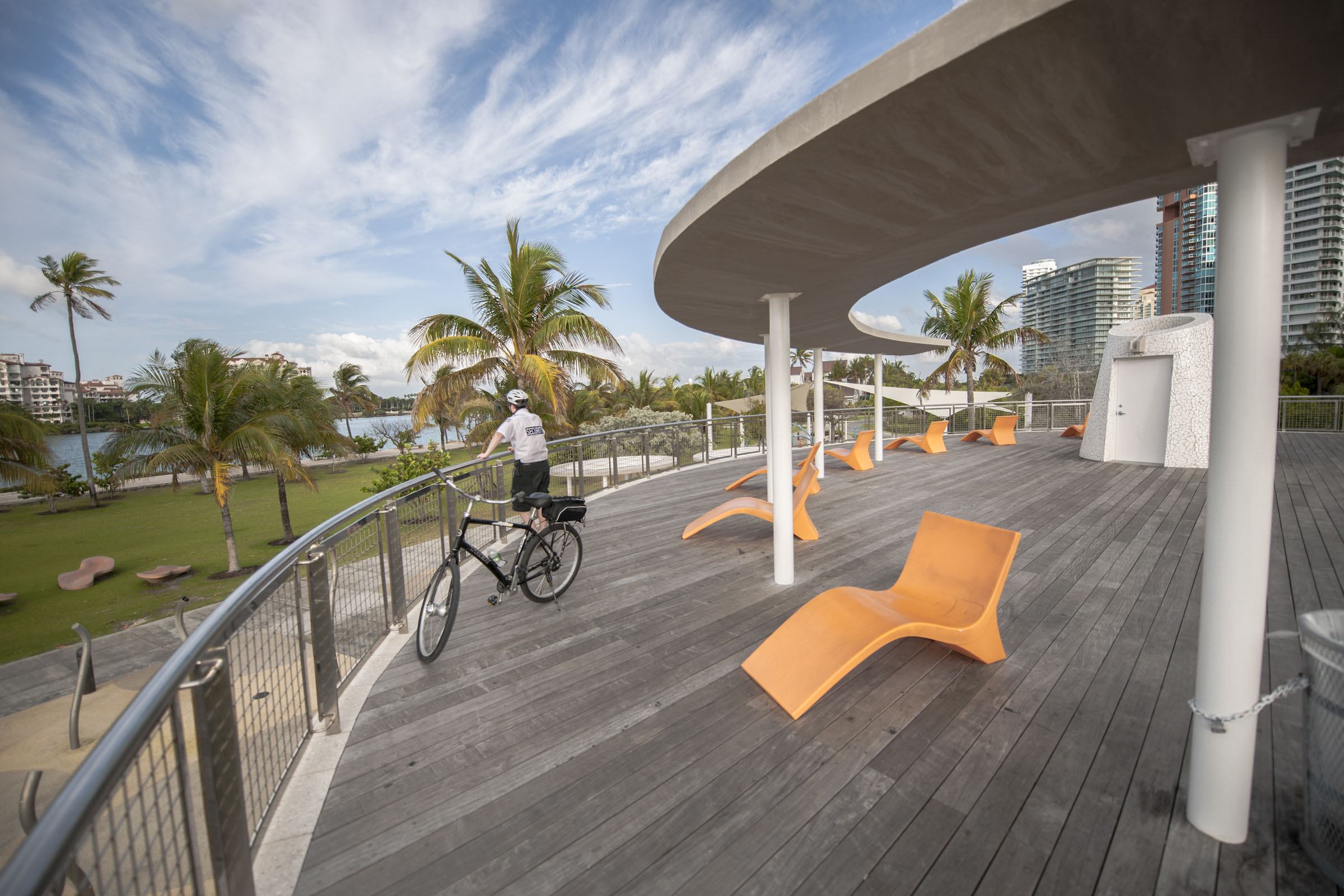 Rooftop looking towards Fisher Island on the opposite shore of Government Cut. 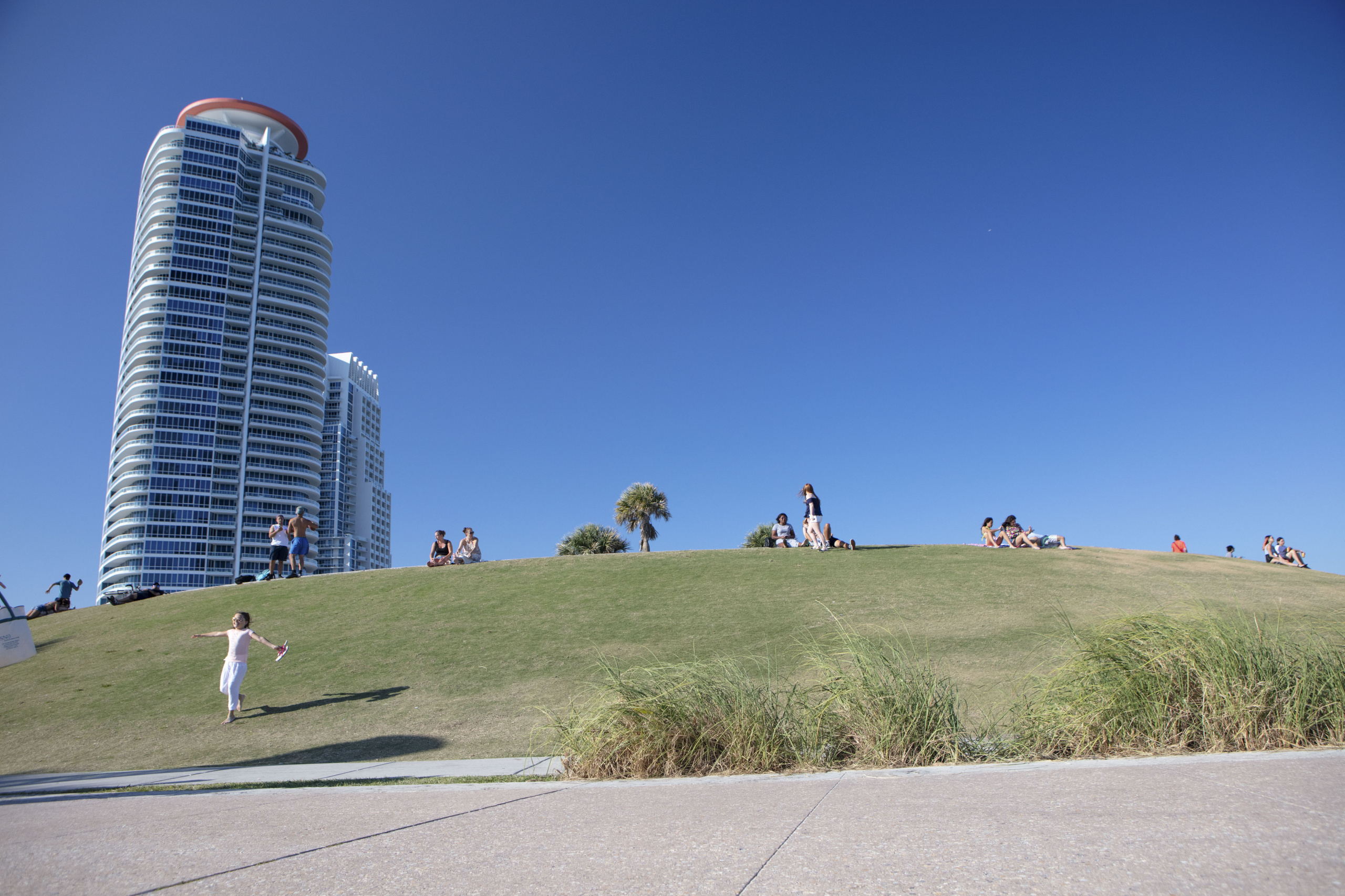 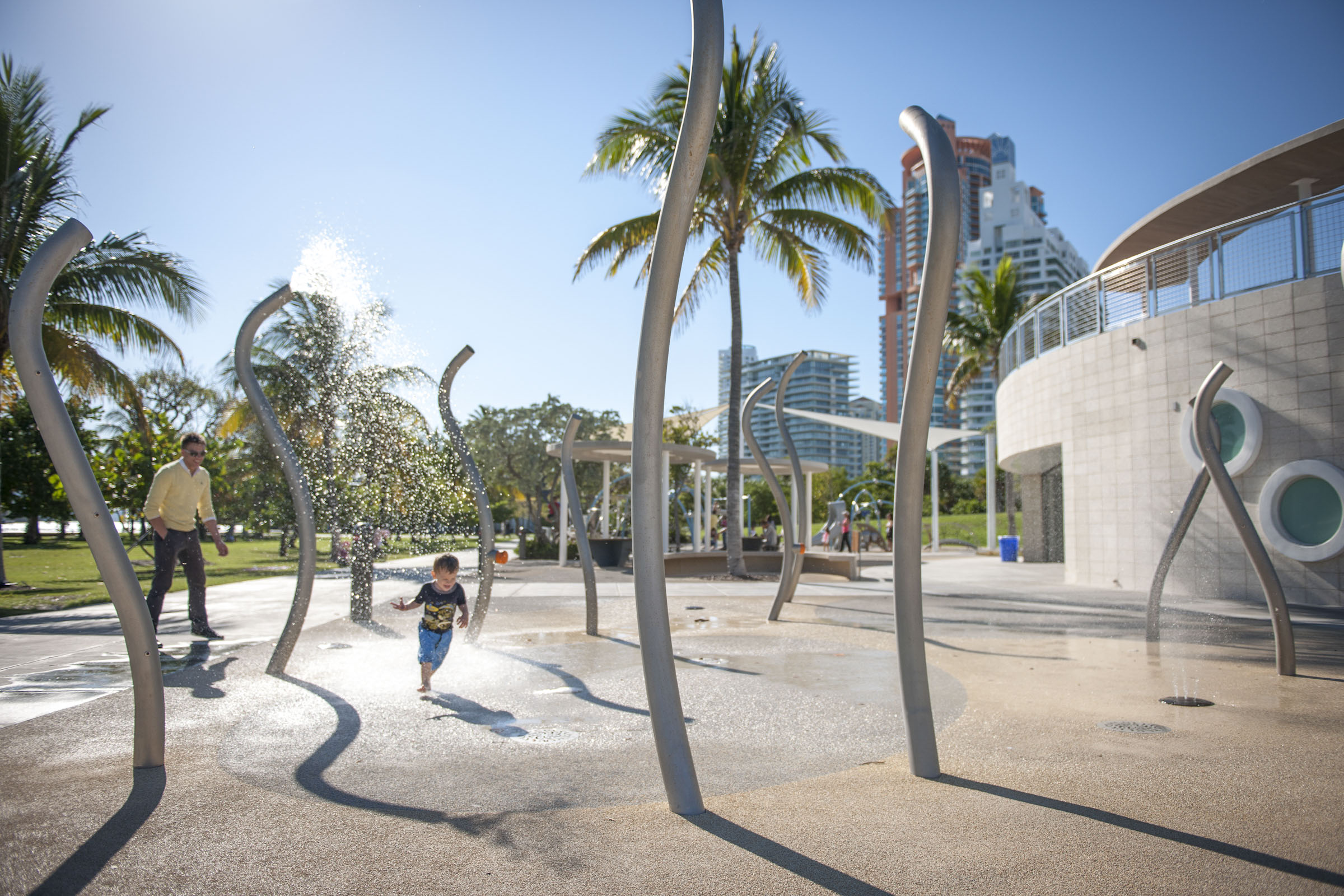 The park attracts many of the local residents. Kids have wide open areas to run around and have a great time. 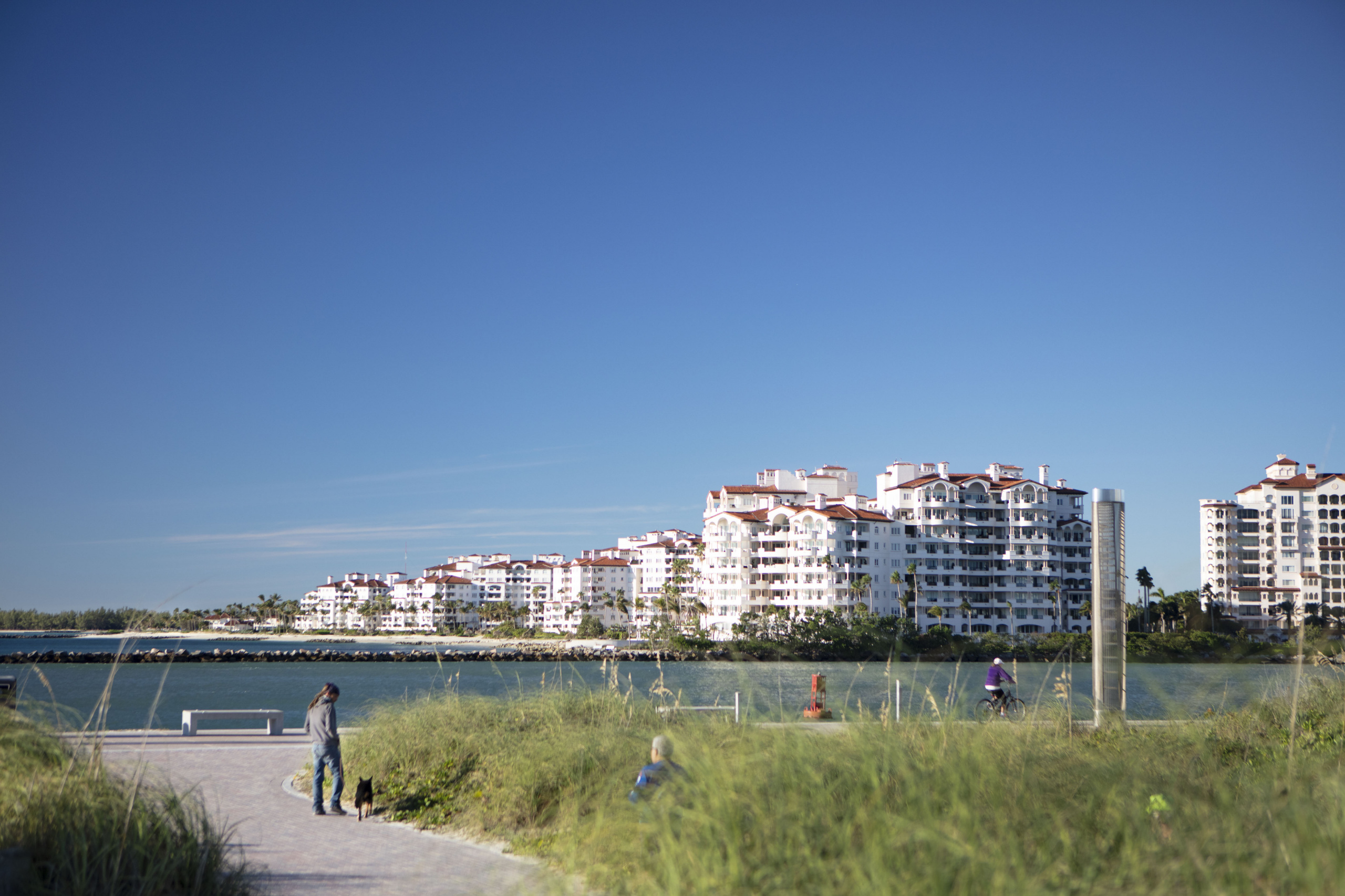 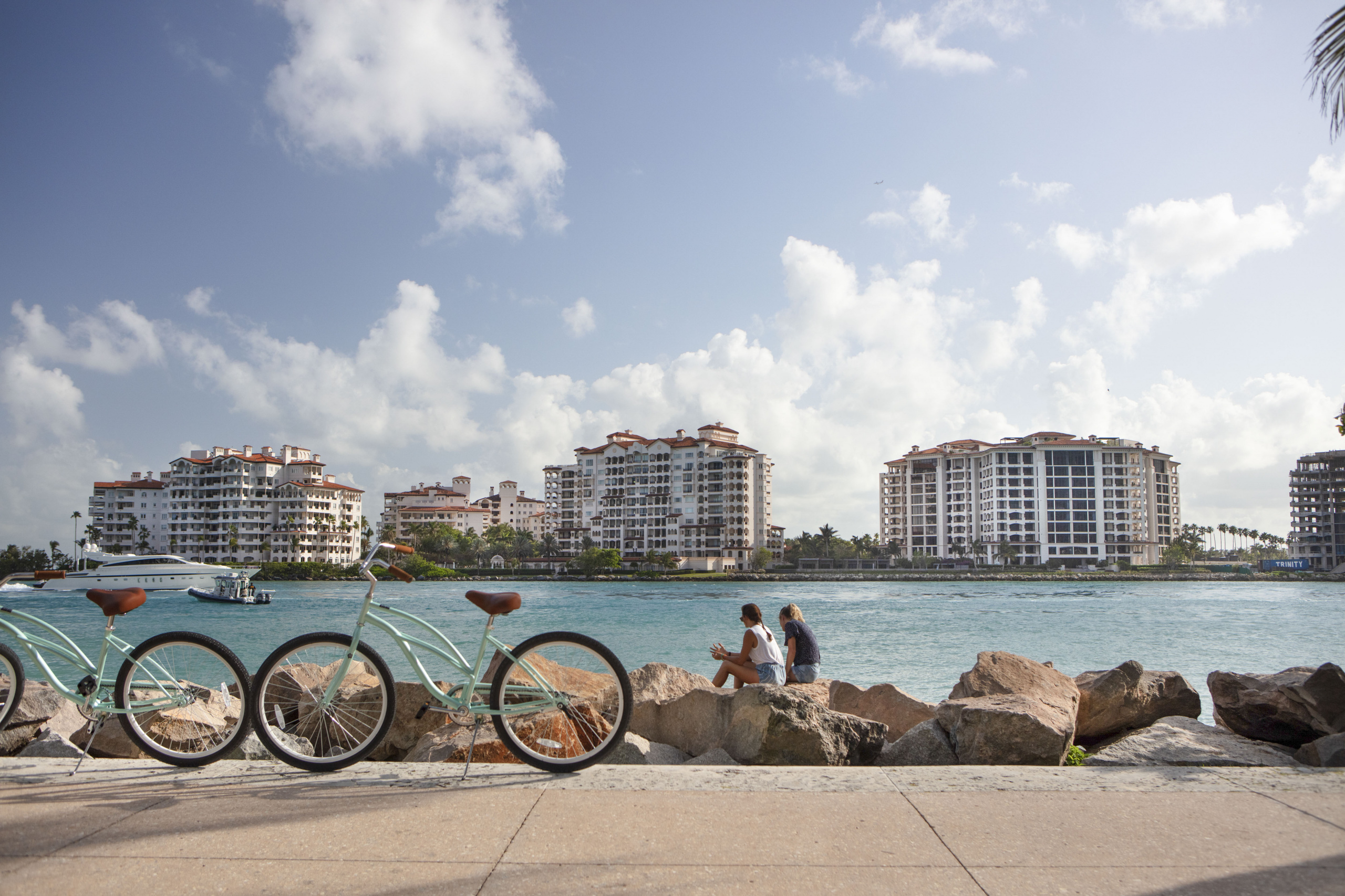 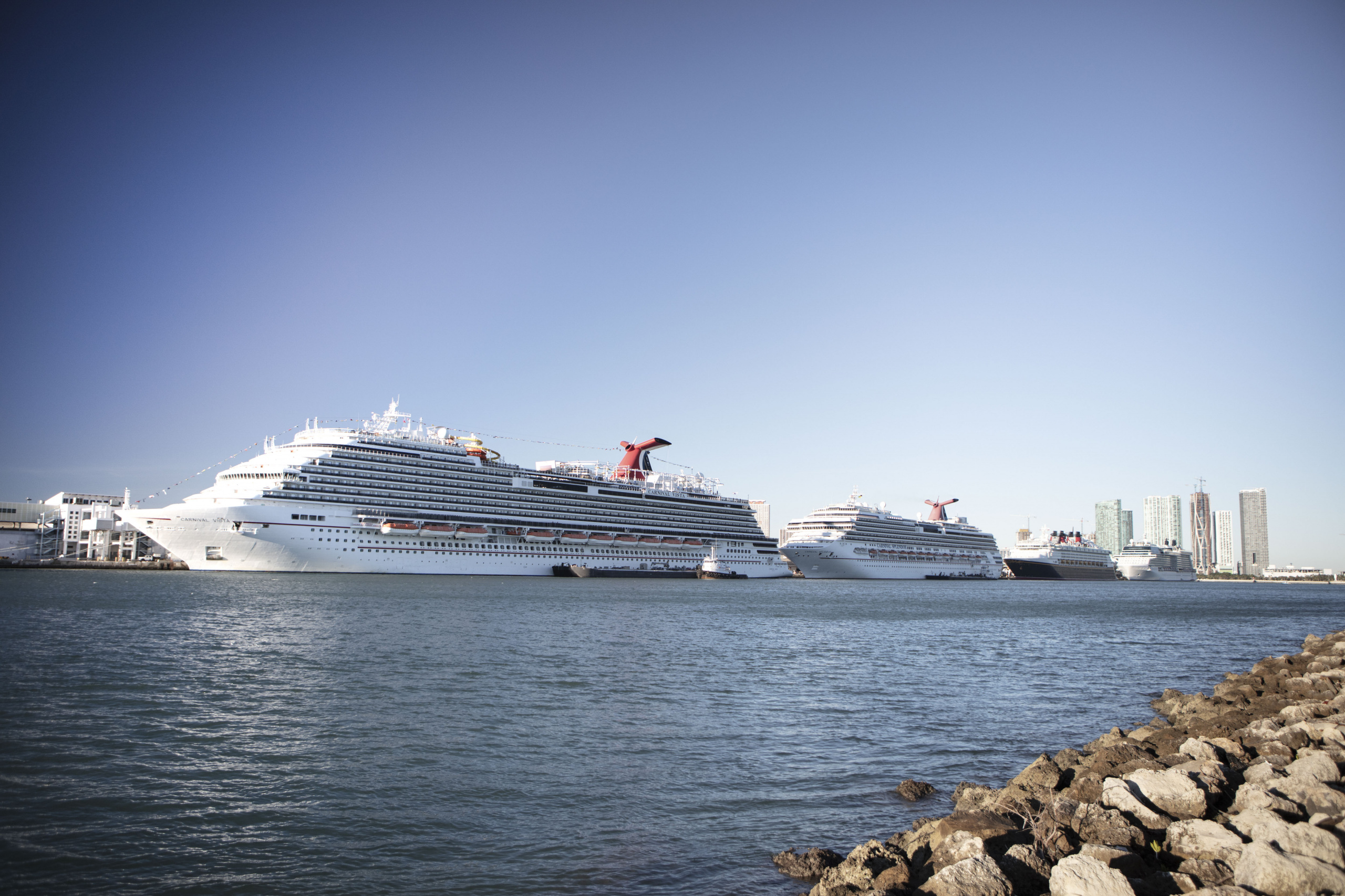 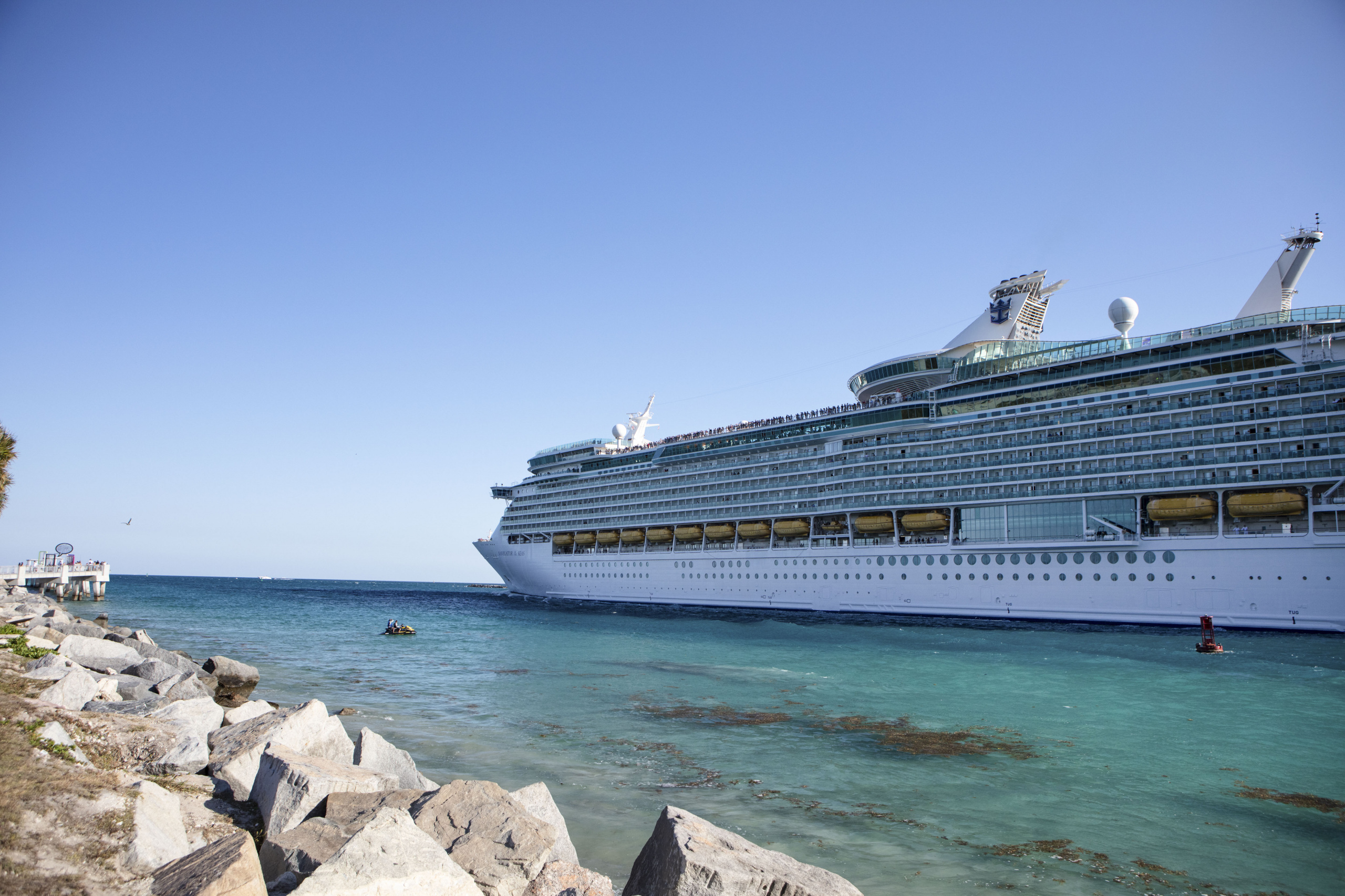 It almost feels like you can reach out and touch the cruise ships on the days the enter or exit the port. The people on the upper decks are clearing visible. A great spot for photographing these giant ships. 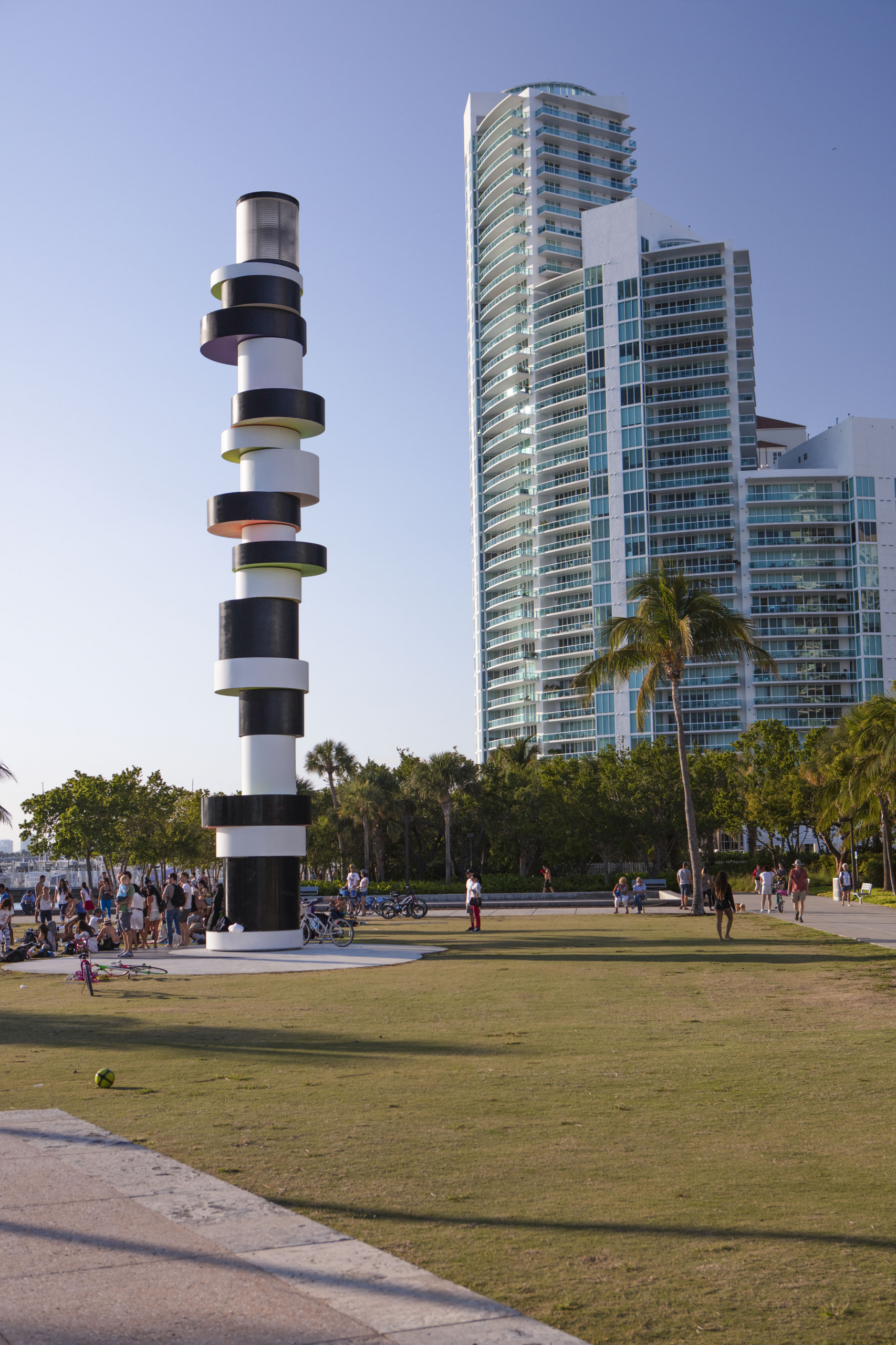 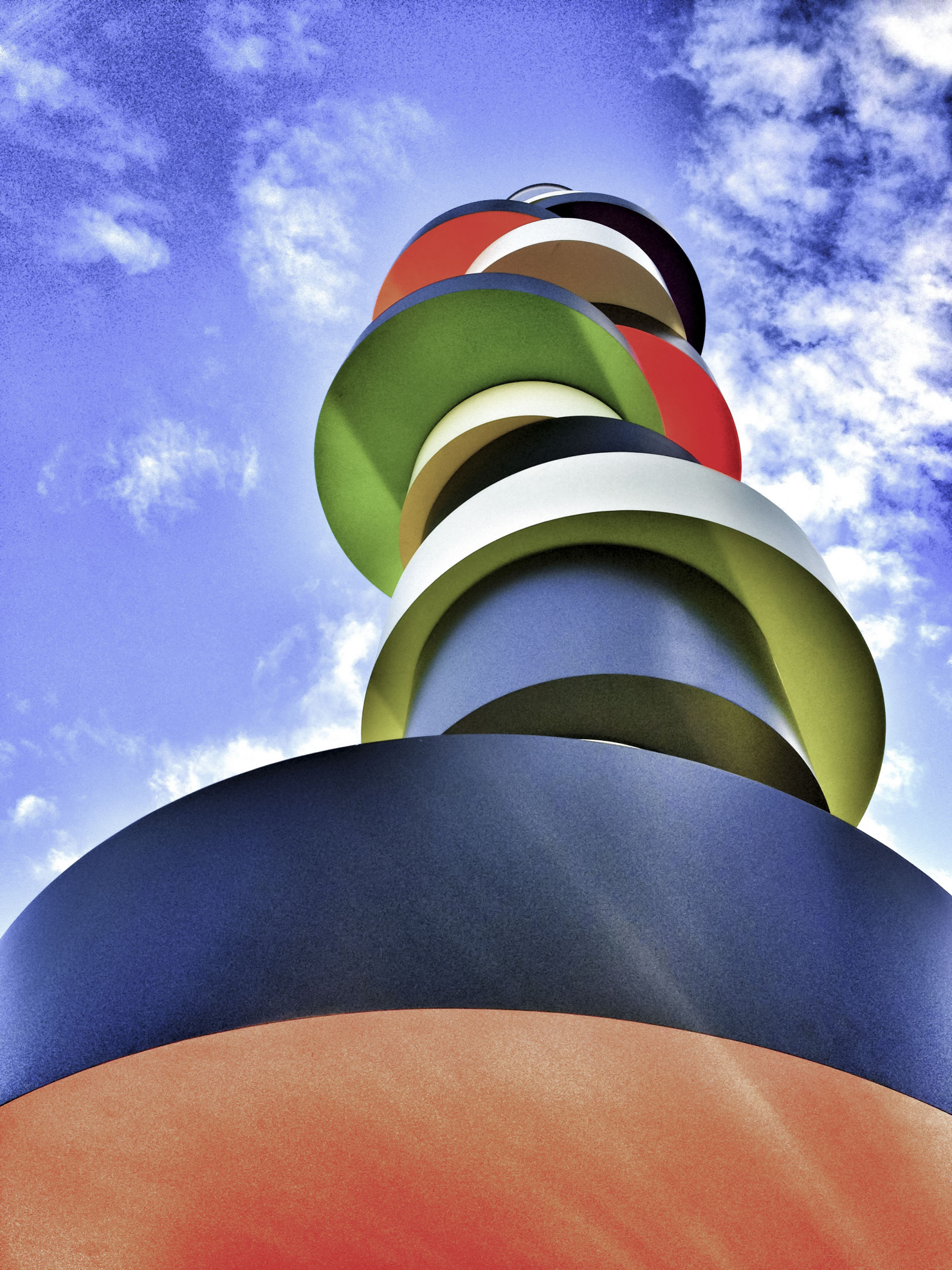 The artist stated that the sculpture was meant to represent a lighthouse. The LED lights that top the lighthouse aren't meant to guide ships, but instead serve as a beacon to "greet all the visitors to the City with cheerful, multi colored lighting that underlines the lively spirit of Miami Beach.” 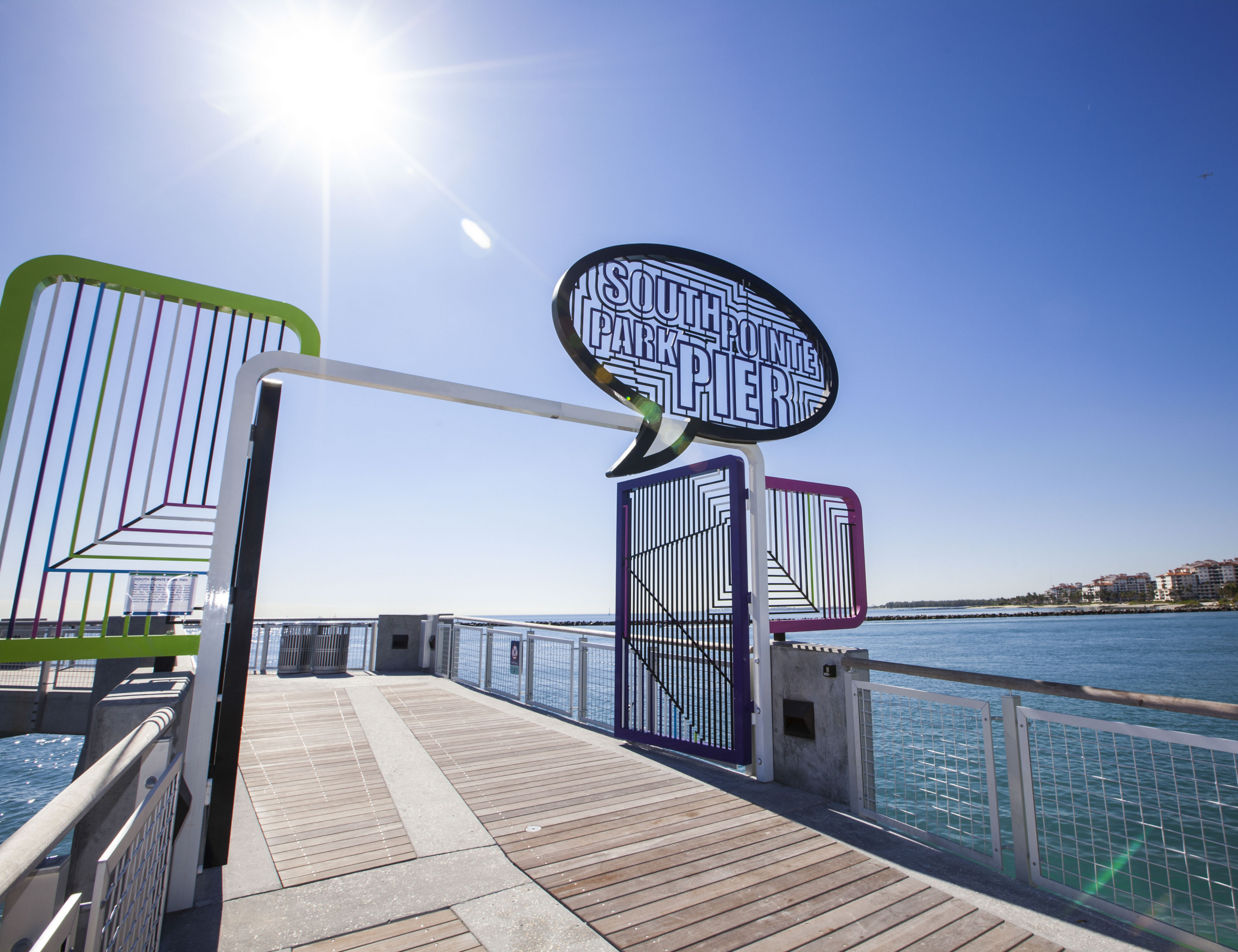 The entrance to the 450-foot pier. The pier provides a great panoramic view of the bay and beach.

View of South Pointe Beach From The Pier 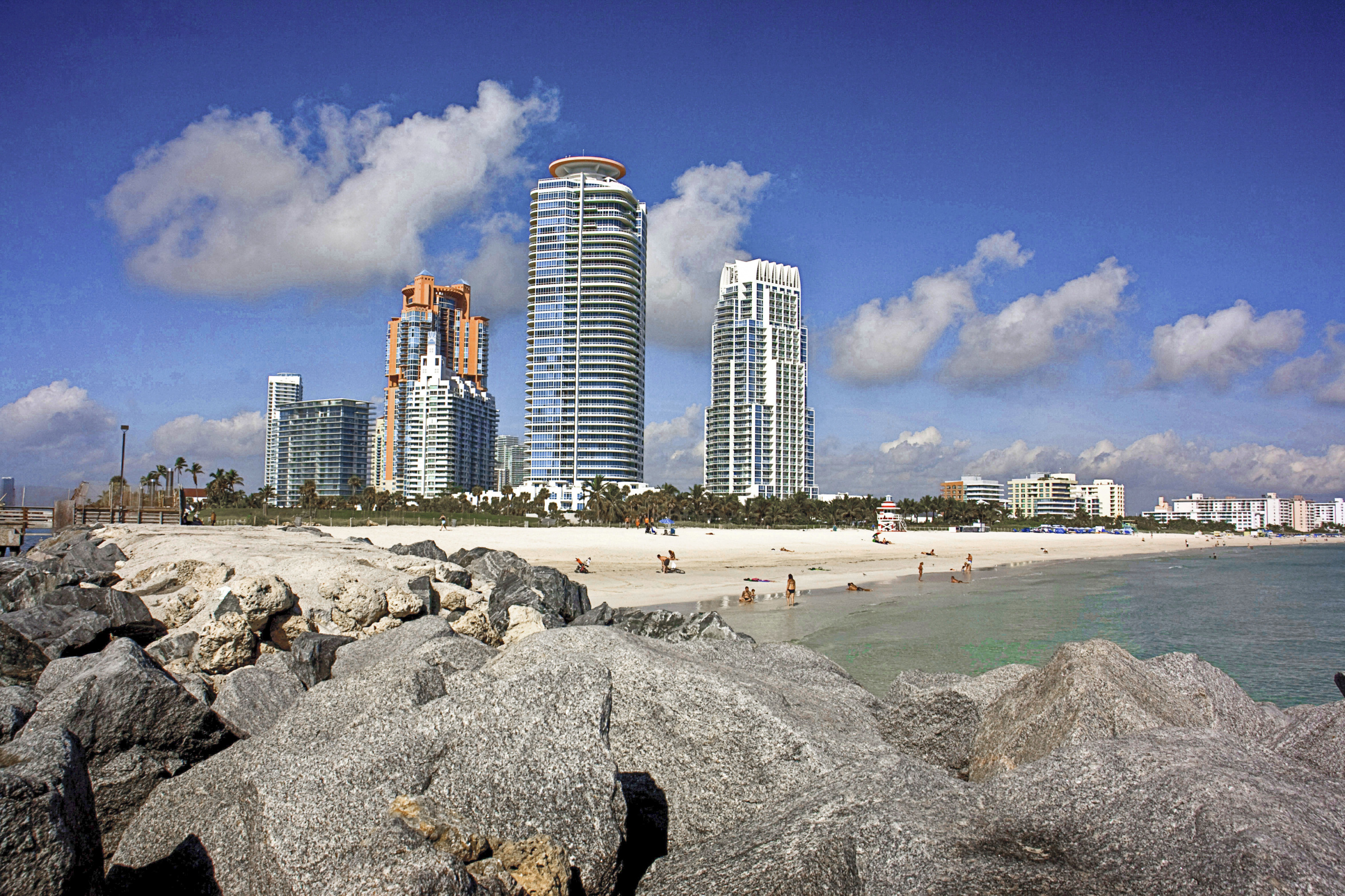 Looking north from the pier is South Pointe Beach, which connects to South Beach. 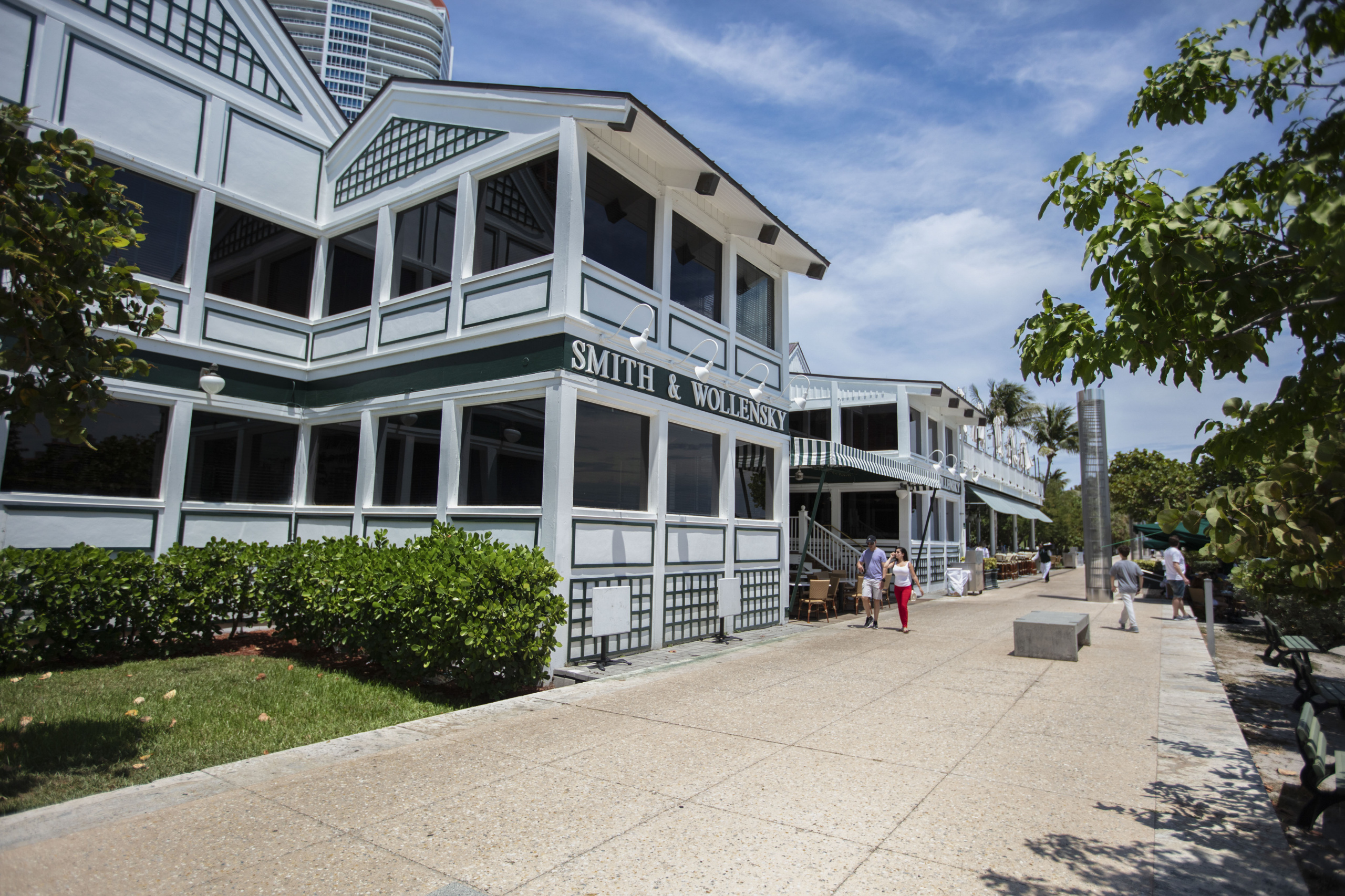 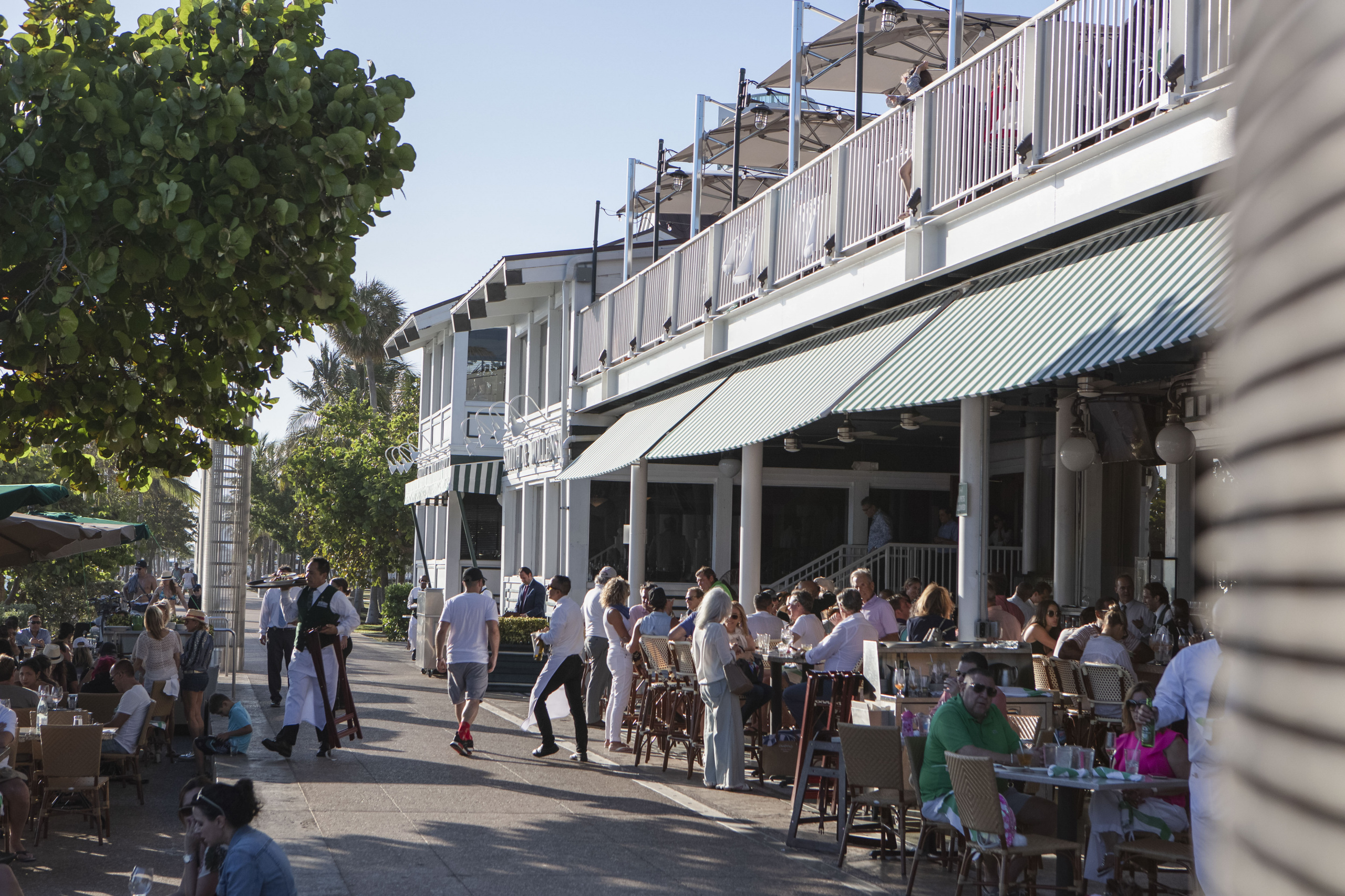 Serving up USDA Prime dry-aged steaks, premium seafood, and an award-winning wine list, Smith & Wollensky is a very popular steakhouse in Miami Beach. Seating overlooking the Government Cut channel and Fisher Island is a beautiful backdrop to your meal. This large restaurant includes an oceanfront outdoor patio and bar, two floors of restaurant seating, and an upstairs deck with table seating looking down at the water.

The walking paths at South Pointe Park connect at the entrance to the pier with the Miami Beach Beachwalk. The Beachwalk is a paved and wooden boardwalk that stretches 7.5 miles from South Pointe, South Beach, and on through Mid-Beach and North Beach. The final section is set to open at the north end by late 2022.

This is a fantastic path used by people are for a stroll, joggers, skaters, and bicyclists alike. Bicycles aren't allowed on the boardwalk portion. There are Citi Bike rentals in the area. The Beachwalk offers majestic views of the ocean to one side and the buildings of Miami Beach on the other.

Check Out These Related Posts

If you are visiting Miami Beach for the first time, you can get more information about Miami Beach in our post on -

The Differences between South Beach and the rest of Miami Beach: HERE

Are The Beaches Safe in Miami and What to Watch Out For: HERE

Jellyfish Season in Miami & What to Do If You Are Stung: HERE

Christmas in Miami - 16 Things To Do During Christmas & The Holidays