The Coral Gables House was the childhood home of George Merrick, the founder of the city of Coral Gables. The home, constructed between 1907 & 1910, still stands. It is decorated with family furnishings and personal items. Merrick's vision would one day transform the family's plantation into the City of Coral Gables.

If you are looking for a little history or a stroll through a nice garden setting, you will enjoy a visit to the Gables House.

The Gables House offers afternoon tours on most weekends and occasionally hosts events; however, the atmosphere is usually rather tranquil, and the tours seldom attract a large crowd.

While tours aren't available during weekdays, you can still drop in and visit the gardens or sit under the wrap-around porch.

It is common to see members of the community stopping by to enjoy the peaceful environment. Joggers and bikers often take short breaks on the porch. Occasionally, I will come across someone reading in the garden or taking photos.

If you want to learn more about the home's history, then the weekend tours are your best bet. During the one-hour tours, the home is opened, and a docent will lead you through the house and discuss the history of the home and the Merrick family. They will answer questions, pass around historical photos, and tell the story of the home.

It is a perfect setting for imagining life in the early 1900s. You might enjoy picking up a copy of Arva Moore Park's book, George Merrick's Coral Gables "Where your 'Castles in Spain' are Made Real" and read it while sitting on the porch.

That's as close to time travel as you can get. Just make sure to pretend the surrounding homes are still pinelands and just like that, it's1925. Perfect! 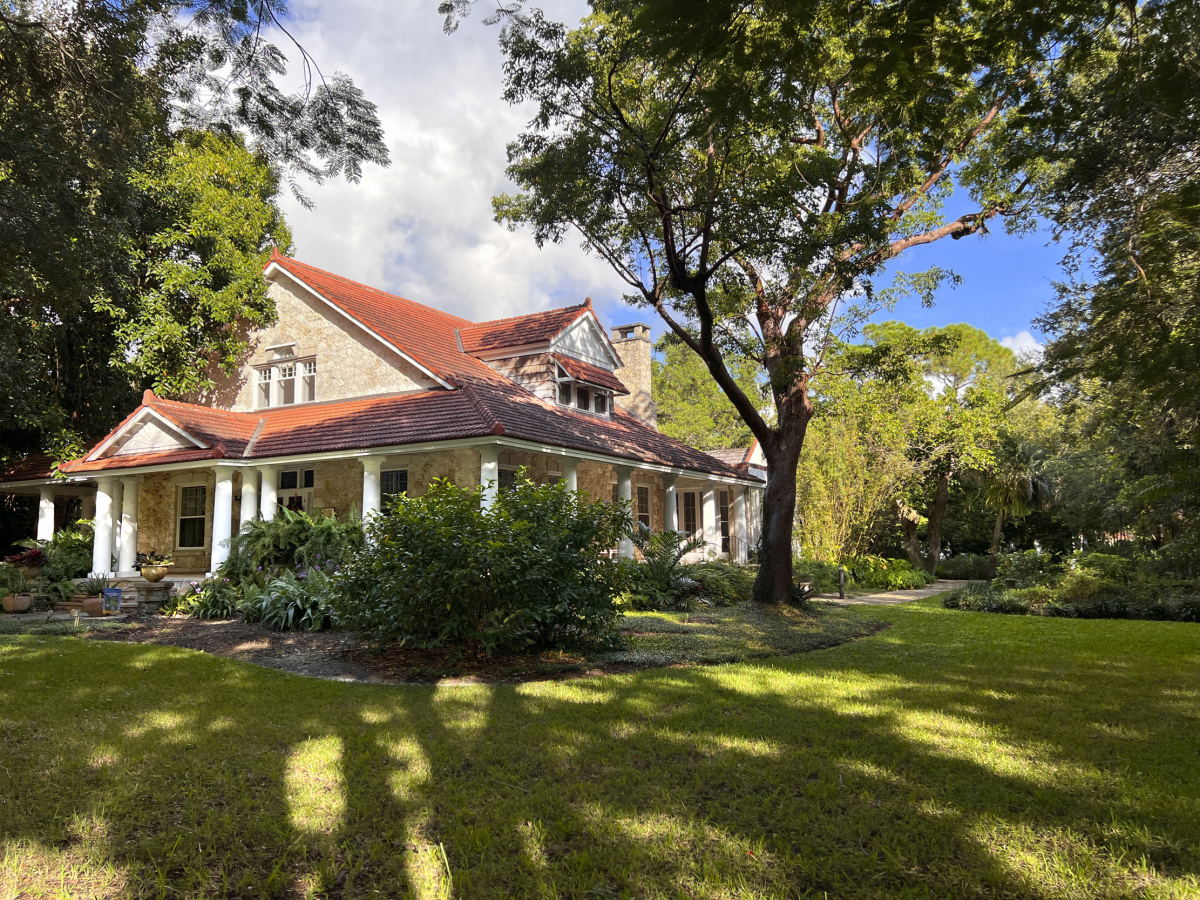 Most people who live in South Florida would agree that Coral Gables is one of the area's most beautiful neighborhoods. What isn't commonly known, is the fact that the Mediterranean Revival themed city grew from the vision of mainly one man - George Merrick. The city that he brought to life was a place of grand entrances, fountains, plazas, a grand hotel, a Venetian style public pool, carefully designed main avenues, and its great university.

George Merrick's story begins in Duxbury, Massachusetts, where the Merrick family lived when he was a child. The harsh winters led to illness for a number of his family members including the terrible death of one of the Merrick's twin daughters. In 1899, the Merricks left Massachusetts with their 6 children and moved down to Miami to avoid the bitter New England winters.

They purchased 160-acres sight unseen in the new frontier town of Miami. George and his father were the first to arrive, and the rest of the family followed shortly. There was a small wooden frame house already on the property in a pineland with a glade to the north.

They were 5 miles to the west of the new cities of Miami and Coconut Grove, and conditions were primitive. Soon, the Merricks began clearing the land and planting a grove that would, in time, be transformed into a fruit and vegetable plantation. George, then 13 years old, worked alongside the Bahamian workers hired to tend the family's grove.

Every day before sunrise, he would take a mule drawn cart and make the 4-hour trip to Miami to sell the fruits and vegetables door-to-door. The hard work paid off as the Merrick plantation grew.

When not working, young George Merrick could be found reading. Although he did not attend school during these early years, he devoured books and drew inspiration from his readings including what he learned about the Chicago World's Fair.

Merrick was fascinated by the idea of transforming the family plantation into a planned city modeled after the Mediterranean with elements from Spain, France, and Italy. He envisioned a "Riviera of the Tropics" growing out of the isolated location of the family's grove.

The entire family worked very long, hard days hoping that once the groves began to bear fruit, their fortunes would greatly improve. The Merrick family couldn't have imagined just how much their lives and those backwoods would change.

The plantation grew and became highly successful. The home was expanded with an addition to the small wooden shack. It was built with Florida pine and coral rock. The coral came from the nearby quarry that would eventually be turned into the grand Venetian Pool. Learn more about Venetian Pool Here.

Eventually, George attended college. He was called back home when his father's health began to fade. After his father's passing, George took over the management of the plantation. He married Eunice Peacock and built a home nearby. Eunice was the daughter of the owners of the Peacock Inn, in Coconut Grove, where George and his father had stayed upon their arrival in Miami.

George began working in real estate and assembled a team of planners, architects, salesmen, and landscapers. He added 1600-acres to his holdings. His dream city was about to begin taking shape. George was a master of promotion and had posters of the coming city displayed throughout Miami. He had built plazas, fountains, and a golf course. In 1921, he was ready to start selling lots and building homes.

He bused in locals and tourists for the first auction of lots. He hired well known auctioneer "Doc" Dammers. Over 5,000 people showed up at that first auction on November 28th, 1921. Many lots were sold that day and construction soon began. "Doc" Dammers would go on to become a mayor of Coral Gables.

It all started in that small wooden shack on 160-acres in that isolated plantation. Today, the Gables House is listed on the National Register of Historic Places and offers a rare glimpse into the resourcefulness of these early pioneers.

Interior of the Home 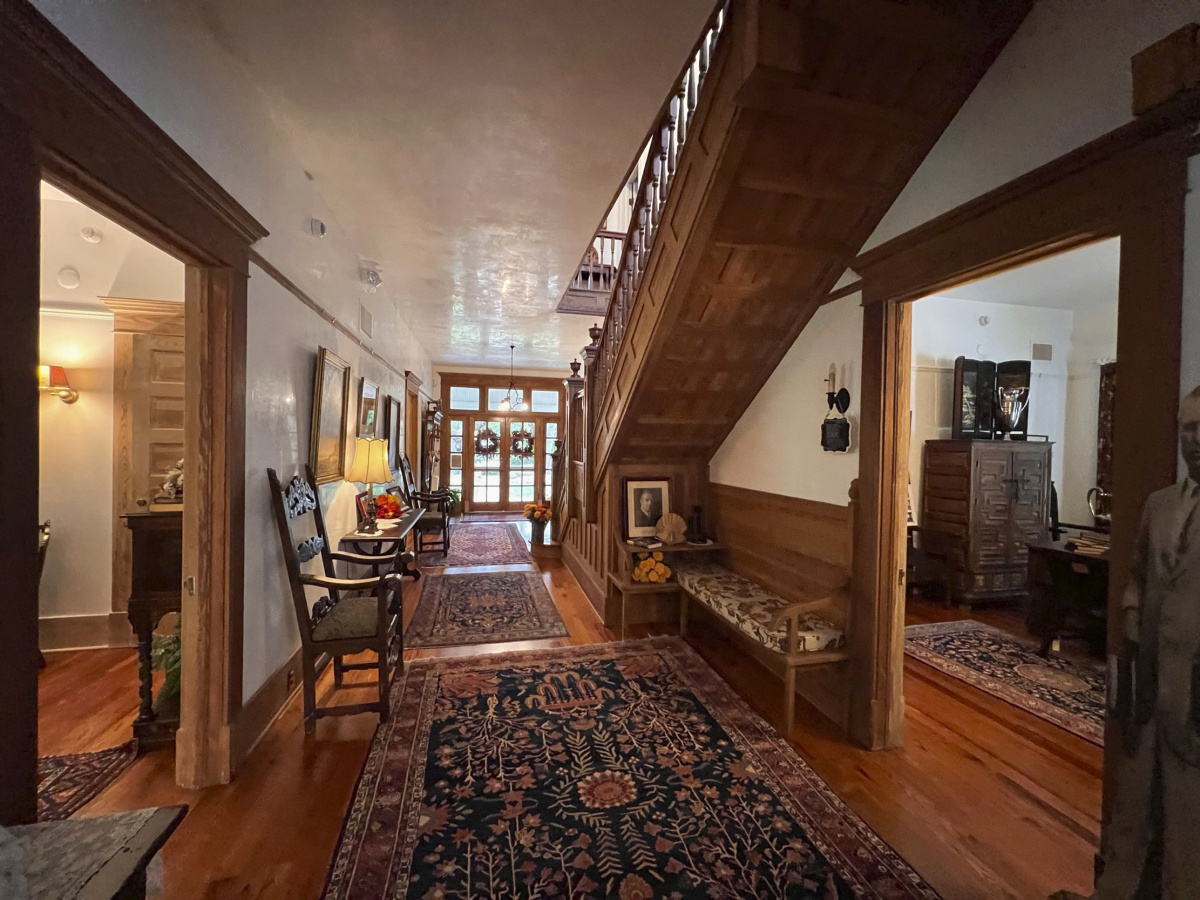 It is amazing to see the interior of the home knowing where the family began when they first arrived in Miami. The first floor consists of a long main hallway with a wooden staircase to one side leading up from the entry. The front half of the home also contains 4 bedrooms.

The hallway opens up into the living room, Florida room, dining room, and kitchen. The Florida room was once a screened-in porch which was later enclosed.

There are 3 more bedrooms on the second floor. The rooms are quite spacious at about 12 by 14 feet with high ceilings.

The house is decorated with paintings by family members, the family's piano, clothes belonging to the Merricks, and period furnishings. There are a number of historical framed photographs of the family throughout the home.

Aside from the home itself, there is a garden surrounding the house which you'll want to explore. The entire site is around 2 acres. This isn't a large botanical garden attraction. However, there is a nice variety of plant life in the garden, a small grotto with various species of fish, and a few benches for taking it all in.

There is a statue of Althea, George Merrick's mother, on the east side of the gardens. Althea was a painter, musician, and a schoolteacher. It was Althea's designs and drawings that the Gables House was based on. 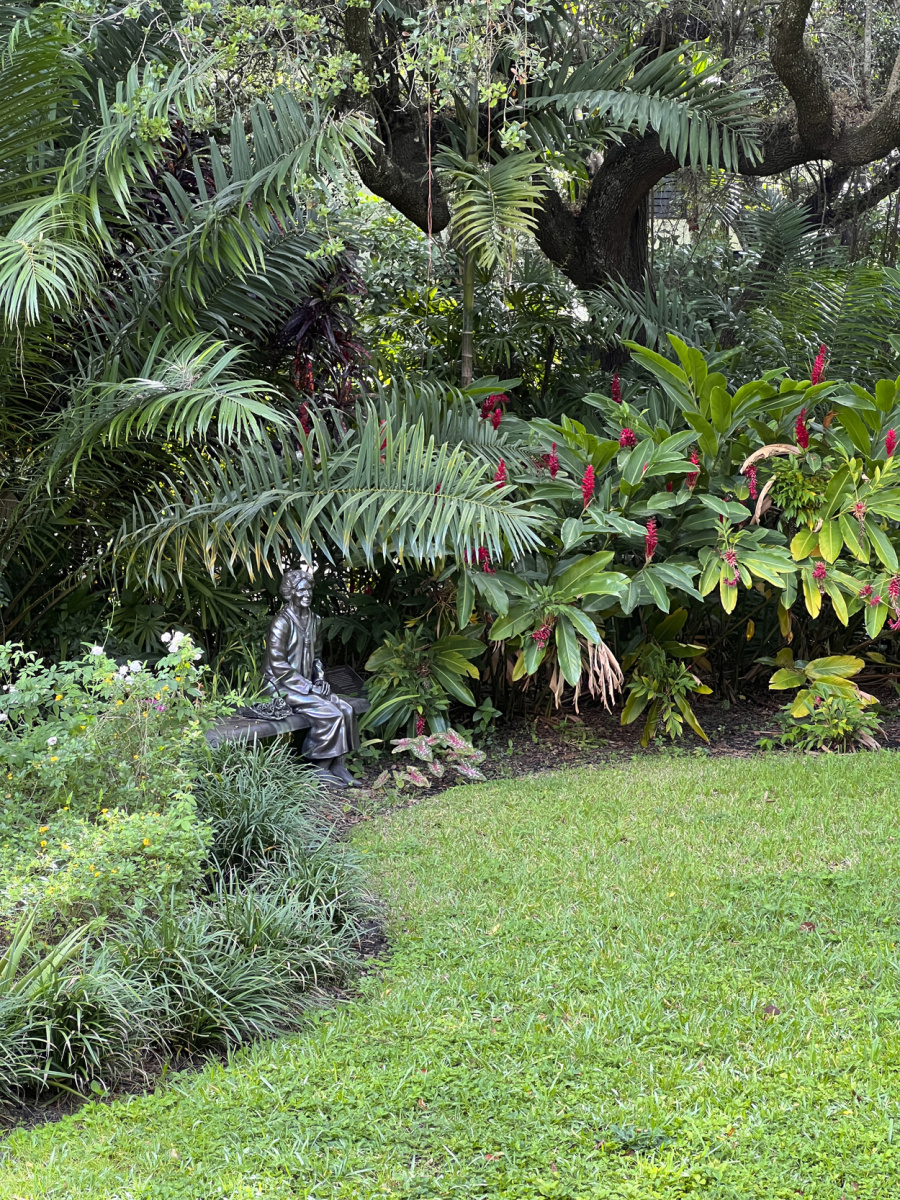 Cost of Admission
Walking the exterior and gardens is free. The cost of admission to the interior tours is $5 with discounts for seniors and children. No reservations are necessary.

Parking
There is a parking lot at the rear of the home to the north side. Handicapped spaces are available. Parking is free.

How Long Does It Take to See the Coral Gables House?
Expect at least 1-2 hours to move through the house and gardens.

Remember: As always, it is advised that before you visit any location you should check weather forecasts and contact the Coral Gables House directly to inquire about weather policies, closures or limited access, accessibility concerns, admission pricing changes, and other considerations. Visit the Gables House's website or call (305) 460-5093 directly for current information. Stay informed and get the most out of your visit! 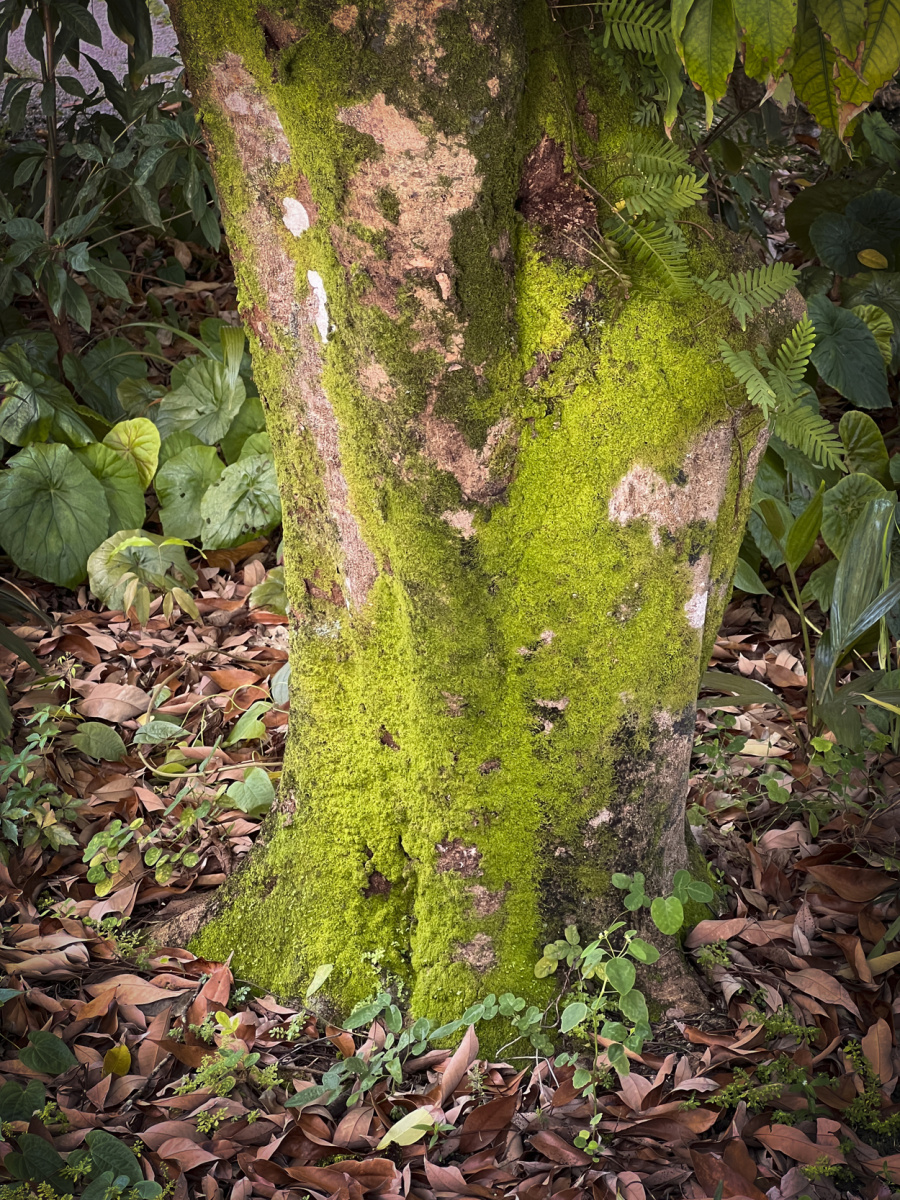 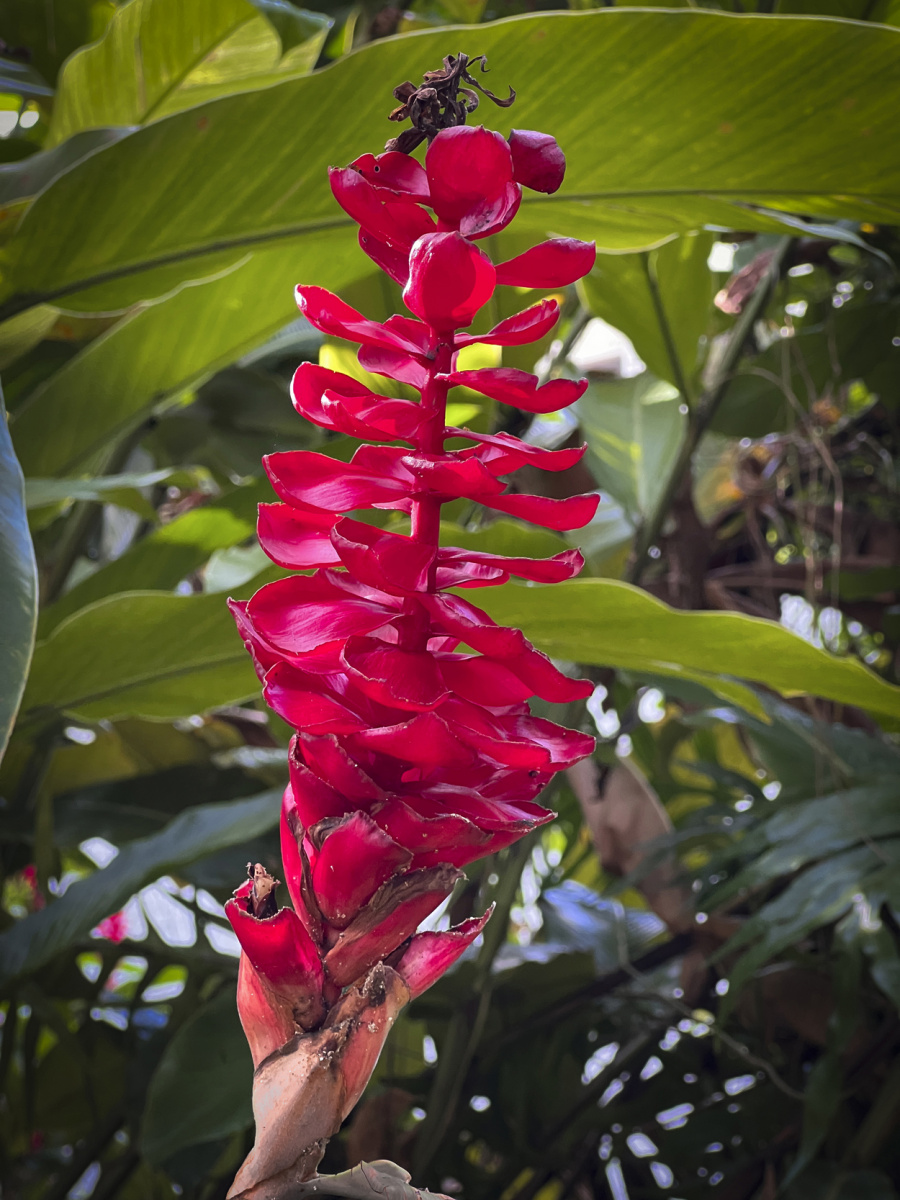 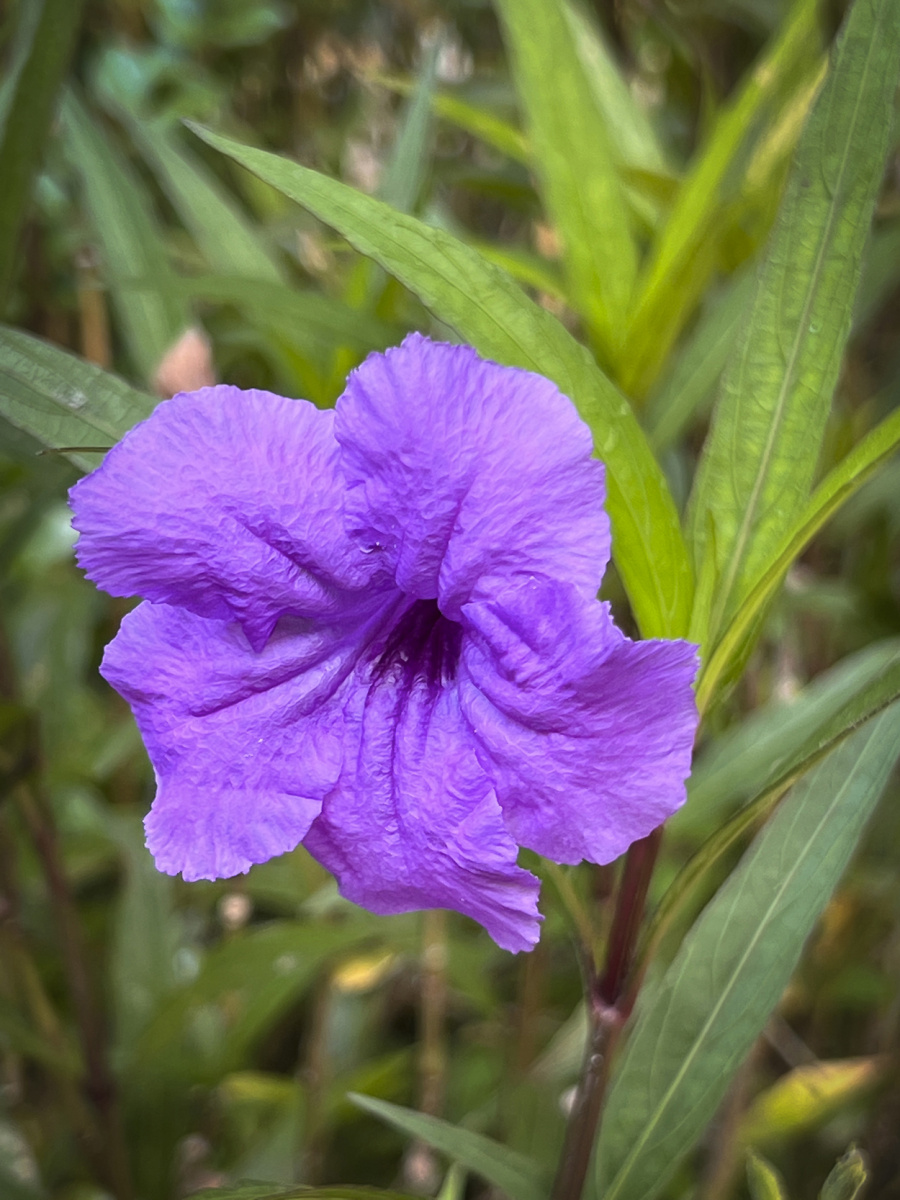